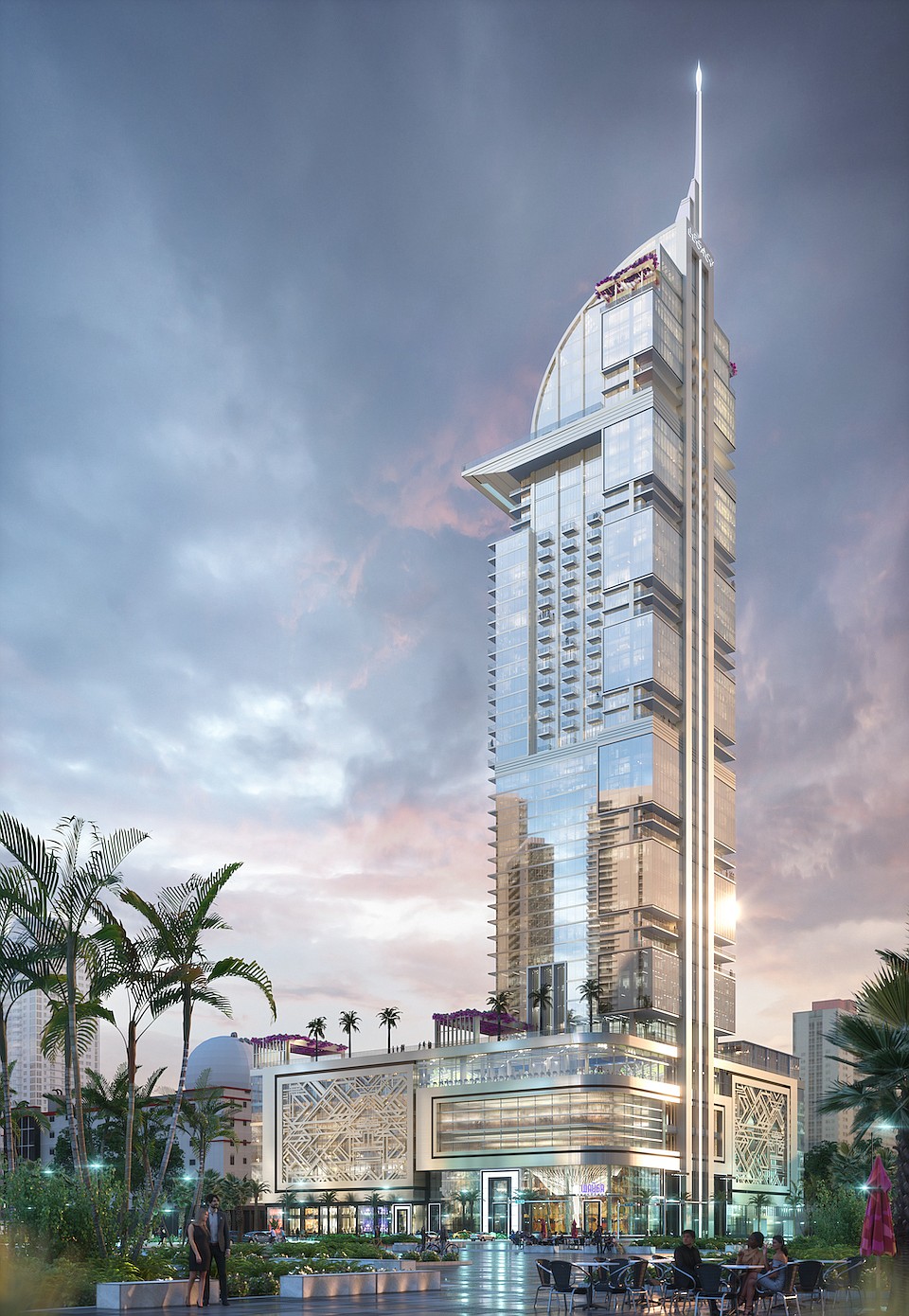 Where did it happen?
Legacy Tower at Miami Worldcenter
Who was involved?
In the midst of South Florida’s surge in coronavirus cases, during groundbreaking ceremonies today, Miami Mayor Francis Suarez is unveiling the Legacy Tower at Miami Worldcenter - the world’s first COVID-Conscious, Pandemic-Ready, all-in-one, residential, hotel, and medical center skyscraper in downtown Miami.


When did it happen?
In August 2021.
Why is it important?
Legacy is being built using the latest architectural designs and technologies, construction techniques, and materials – assuring structural integrity and a healthy environment, according to RPC. Legacy will feature 310 MicroLuxe residences, 219 hotel rooms, and 10-floors of medical facilities. 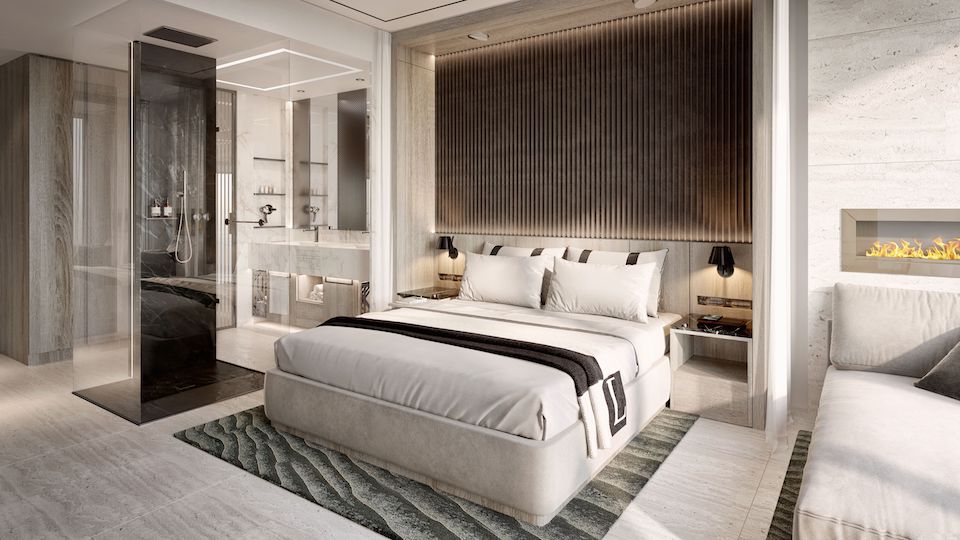 The Legacy Tower joint venture and partnership will create a one-of-a-kind residential, hospitality, health, and well-being urban ecosystem, within the $4-billion, 27-acre Miami Worldcenter. Miami Worldcenter is the city’s new retail, residential, restaurant, entertainment, and transportation complex. Departures Magazine calls it “America’s City-Within-The-City-of-the-Future.”
What is unique about Legacy is that it was designed with a COVID-Conscious lifestyle in mind. Here you have a medical-wellness center, combined with a hotel, residences, all-in-one tower. This is, in essence, pandemic-ready. One day, in the future, you can shelter-in-place - right in the building. The entire tower is designed with an array of COVID-Conscious amenities and technologies.
What are the key aspects?
The Legacy Tower’s $100-million, 120,000-square-foot, state-of-the-art medical center will be the most technologically advanced health and well-being facility in the world, according to Royal Palm Companies CEO Daniel Kodsi. The medical component will be called “The Blue Zones Medical Center.
Legacy features these COVID-conscious materials and technologies, for instance, hospital-grade ventilation systems throughout, UV robots, touchless technology, voice-activated technology, water filtration system, and even antimicrobial material on all the furniture throughout the project. All of these technologies are proven to reduce the spread of viruses and germs. In the event of a public health emergency, Legacy will be equipped with medical gases and even ventilators. 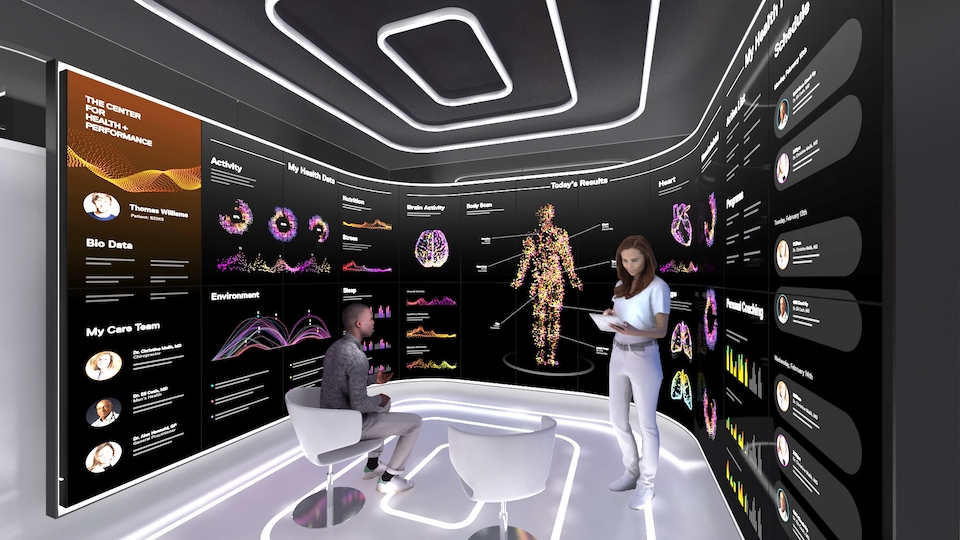 Karp, who employs a staff of 80 architects, says construction techniques, design technologies, and the quality and strength of materials used to build modern structures, especially Legacy, are incomparable to the Champlain Towers. In the aftermath of the Surfside building collapse, the design of 1981 versus the design of 2021, it is a completely different structural design, mean, and methodology. This building is designed to meet the design criteria, the Florida building code, post-Hurricane Andrew. After Hurricane Andrew, they have completely revamped the design, the structural design of our buildings. 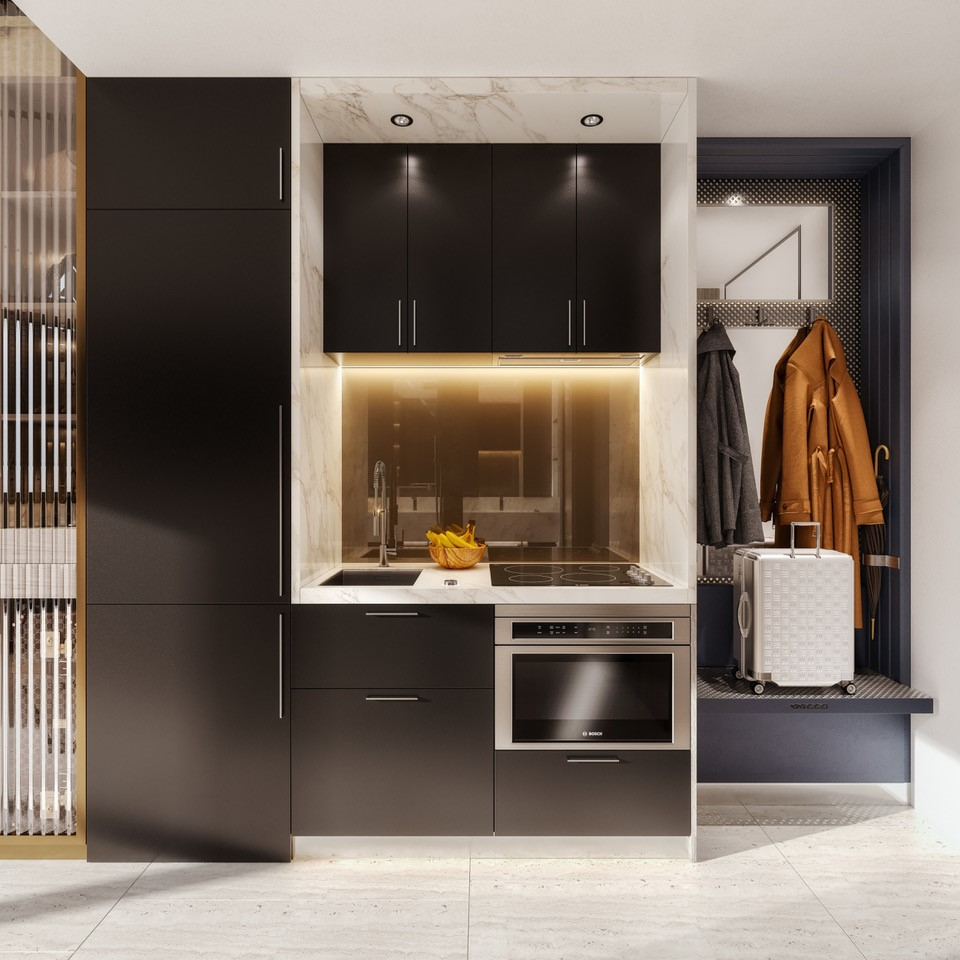 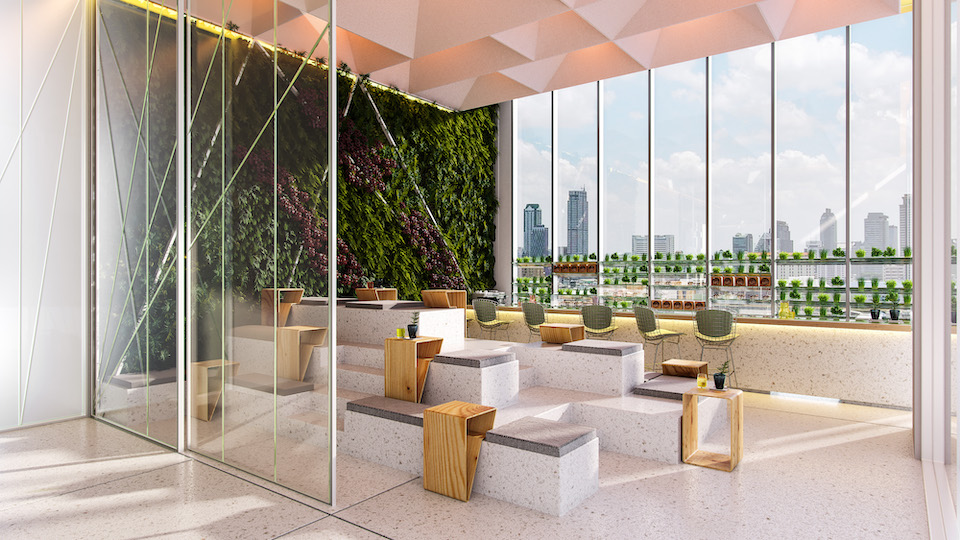 Legacy’s construction workforce will be about 800 people over the course of two years. In an agreement between the developers and local government, 30 percent of all unskilled workers hired for the Miami Worldcenter construction projects must be current residents of the neighborhoods nearest the development that have the highest unemployment rates. Those workers are provided on-the-job training, certification courses and are paid nearly twice the state’s $8.64 per hour minimum wage. In some cases, they receive benefits and the opportunity to advance their careers to full apprenticeships, tradesmen, and journeymen status.
Where can I learn more?
About Adventist Health
Adventist Health is one of the nation’s largest not-for-profit, faith-based hospitals, and healthcare systems. It operates more than 300 healthcare facilities in California, Hawaii, and Oregon. Legacy Miami Worldcenter is Adventist Health’s first venture on the eastern seaboard. It will be the only one-of-its-kind medical center in the world and the only major healthcare facility in downtown Miami.
About Blue Zones
The facility will be called, The Miami Blue Zones Medical and Well-Being Center. Blue Zones is the globally-renowned human longevity research organization owned by Adventist Health that has developed a 21st-century gold standard for lifestyle practices that are proven to help people live longer.
About Accor
Accor is one of the world’s leading hospitality and lodging companies, with more than 3,700 properties in 100 countries. Accor will operate the Legacy hotel component under its new luxury brand, Morgan’s Originals.
About Royal Palm Companies
Royal Palm Companies is Florida’s preeminent luxury high-rise real estate development firm. RPC is the designer and developer of more than 40 major projects across the state. They include the world-famous, ultra-futuristic Paramount Miami Worldcenter residential skyscraper and vertical country club. The 60-story, 700-foot, $600-million superstructure is the new signature skyscraper of downtown Miami. Paramount is the first residential tower in America to feature a Jetsons-style Flying Car Skyport. Legacy is located across the street from Paramount. RPC created the Adventist, Accor, and Blue Zones joint venture. Royal Palm will oversee construction and residential, retail, and commercial sales and leasing.
About Miami Worldcenter
Miami’s New Residential, Retail, Office, Dining, Hospitality, Entertainment, and Transportation Complex, Composed of 11 Residential and Office Towers, Two Residential Building are Completed and Occupied, Two Structures are Nearing Completion, Legacy and the Nativo Condo-Tel are now Breaking Ground, Several Hotels, Retail Stores, Shops, 10 City Blocks-Long, 27 Acres, New York’s Hudson Yards, the Nation’s Largest Urban Core Real Estate Development is 28 Acres. Comparatively, Rockefeller Center, Built-in 1932, is 22-Acres. Surrounded by the FTX (formerly American Airlines) Arena, Miami’s Performing Arts Center, and Museum Park. Five Miles East is Miami Beach. Five Miles West is Miami International Airport. A Half-Mile Southeast is the Miami Cruise Ship Port. Adjacent is the Brightline high-speed, intrastate railway terminal. America’s only Privately-Owned and Operated Passenger Train System.Brightline Shutdown Service After the Pandemic Began. Service from Miami to Fort Lauderdale, West Palm Beach, and Orlando is Scheduled to Resume in November. Since construction started in 2015, Miami Worldcenter has employed more than 14,000 construction workers.
About Daniel Kodsi, CEO, Royal Palm Companies
Daniel Kodsi is the Chief Executive Officer of Royal Palm Companies (RPC), one of South Florida’s preeminent luxury real estate development firms. He is one of the lead developers of the massive, $4-billion, 27-acre Miami Worldcenter. It is the city’s retail, residential, restaurant, entertainment, and transportation that is dubbed “The-City-Within-America’s-City-of-the-Future.” Since 1991, under Kodsi’s leadership, RPC has developed more than 40 major real estate projects. RPC’s portfolio of previous, current, and in-the pipeline real estate developments exceeds $5-Billion. During the past three decades, Kodsi has delivered more than 6,000 units consisting in excess of 10 million square feet of high-rise residential buildings and master-planned communities and mixed-use and multi-family developments, as well as luxury hotels. Kodsi is best-known for identifying underserved markets and his abilities to execute large-scale and mixed-use developments and master-planned communities.
In 2011, Kodsi founded Participant Capital. It is the investment arm of Royal Palm Companies. The participant is a vehicle to empower individual investors to participate in ground-up construction projects. Throughout his career, Kodsi has been credited for re-shaping skylines with his award-winning projects. He has also created several branded luxury residences, including Paramount Bay Miami, Paramount Fort Lauderdale Beach, and the globally recognized Paramount Miami Worldcenter. It is the soaring signature skyscraper of Miami Worldcenter -- the nation’s second-largest master-planned urban core real estate development.
Kodsi, a seasoned real estate executive, is often called upon by the news media for his expertise in architecture, design, development, and finance. He has appeared in the pages of the Miami Herald, New York Times, Wall Street Journal, and Washington Post. Kodsi is a frequent guest on television news programs. He has appeared on Bloomberg TV, CBS News, CNBC, FOX Business News, FOX News Channel, NBC News, and Yahoo Finance, as well as Miami’s ABC, CBS, FOX, and NBC, affiliated TV newscasts. Kodsi is a frequent guest speaker and panel member for BizNow, the EB-5 Council, the National Multifamily Housing Council, The Real Deal, and The Urban Land Institute. He is a trustee on the board of the Builders Association of South Florida. Kodsi is a 1991 graduate of the University of Miami, where he earned his bachelor’s degree in Architecture and Finance.
About Bill Wing, President Adventist Healthcare
https://www.adventisthealth.org/about-us/leadership-team/
About Gaurav Bhushan, CEO, Accor Lifestyle
https://group.accor.com/en/directory/gaurav-bhushan
See All Articles